Learn what you need to know about Cryptocurrencies What is a Cryptocurrency?

Cryptocurrency is a decentralized method of payment done online for goods and services. Many companies have produced their very own coins known as tokens, and these digital coins are traded particularly for the goods or services the company offers. This act requires the exchange of physical currencies for cryptocurrencies to have access to goods and services.

According to a market research over 6,700 several cryptocurrencies are traded publicly. Cryptocurrencies continue to grow rapidly, penetrating the market and generating more investors. The cryptocurrency started by raising coins through the ICOs initial coin offerings. As of February 18, 2021, the total value of bitcoin was at $1.6 trillion,  and the entire worth of the most popular cryptocurrency Bitcoin was at $969.6 billion.

There are different types of cryptocurrencies that investors look out for, they include:

How does cryptocurrency work?

A cryptocurrency is a means of decentralized and well-encrypted digital payment. Unlike other fiat currencies like the US dollar, and the Euro, there is no central body that supervises and regulates the price of the cryptocurrency. Rather, these transactions are widely distributed among all cryptocurrency users throughout the internet.

Bitcoin is the very first cryptocurrency to ever exist. It is a peer-to-peer electronic cash system that was founded in 2018 by a technician that goes by the alias Satoshi Nakamoto. Nakamoto illustrated Bitcoin as an electronic system of payment founded on cryptographic confirmation rather than on trust.

The cryptographic confirmations appear in form of transactions that are confirmed and recorded in form of a ledger called a Blockchain.

What is a blockchain?

A blockchain is referred to as public, spread ledger that reports transactions in code. It is more like a checkbook that is spread across several digital platforms around the world. Transactions are listed in blocks that are joined together with previous cryptocurrency transactions to form a chain.

The CEO and co-founder of the African cryptocurrency exchange Quidex by the name Buchi Okoro described Blockchain as a book where you jot down everything you spend money on each day. Each page is identical to a block, and the whole book is similar to a blockchain.

Blockchain gives everyone who uses a cryptocurrency the right to generate a copy of this book, thereby creating a unanimous transaction record. The software records every new transaction as it occurs, and each copy of the blockchain is recorded simultaneously with fresh information, storing all data identical and authentic.

To combat fraud, every transaction is examined by using one or more main confirmation methods. Proof of work or proof of stake.

Bitcoin and the modern cryptocurrency growth Bitcoin is generally known as the first contemporary cryptocurrency. The first cryptocurrency to be used publicly as a means of exchange combined with decentralized control. It was initially established in a 2008 white paper publicized by Satoshi Nakamoto.

Nakamoto published Bitcoin officially in early 2009, and a committee of eager supporters started exchanging and mining the currency. By the ending of 2010, other cryptocurrencies began to appear, including Litecoin and several others.

Since there are other cryptocurrencies broadly accepted as a legal form of payment for various companies, such as Ethereum. So many people are investing in cryptocurrency because of the recent growth and popularity. Cryptocurrency is gradually taking over the finance world. The good thing about cryptocurrency is the ability to store it in a crypto wallet while the value increases; thereby increasing your profits, but also bear in mind that it is highly volatile, and the price isn’t always stable. Recently Ethereum seems to be gathering momentum and increasing rapidly, but Bitcoin remains the number one crypto in the world. 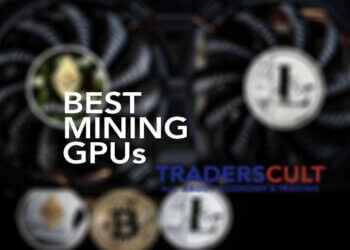 eToro: is it suitable for you?

Coinbase Pro: is it suitable for you?